​"Hey man. Finally got the chance to sit down and listen to the cd the other day. I really dig it. I love how personal the songs are, and how you can't place this cd in any one genre of music. It's very innocent and vulnerable, but in a way that says it's that way because that's how you want it. You can really tell it in the harmonies especially. Good job man. Something to be proud of." - Mat Sigmon, Berklee School of Music 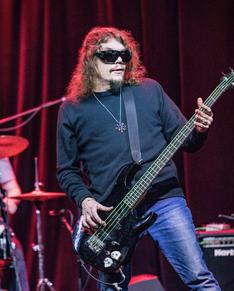 Fault Line is the debut release from Asheville's own Zuzu Welsh Band.  This band can rock it out, folks!  Zuzu Welsh does the writing, but the real star here is the musical collective of these fine musicians.  They have two of the most gifted lead guitarists in western North Carolina.  Zuzu's playing is rooted in the blues and plays with a passion much like Eric Clapton.  Abbot Grivich compliments Zuzu perfectly with workman like precision and a southern rock feel.  Vocalist Bobby Hicks brings energy and grit to the sound.  The rhythm section of Dana Koone on percussion and Johnny Haisman on bass fill out and drive the rocking beat of the band.  If you like your rock served with Carolina cooking and a dash of blues , then you need to give this cd a listen.  The Zuzu Welsh Band deserves to be heard! - 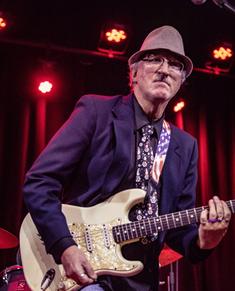 Comments from a fan

Dammit son!! I'm officially dubbing you as the the East Tn King Of Blues! 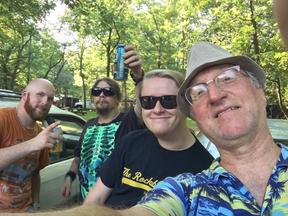 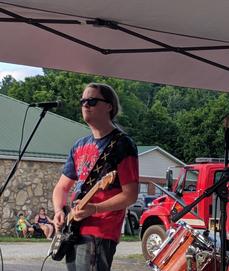 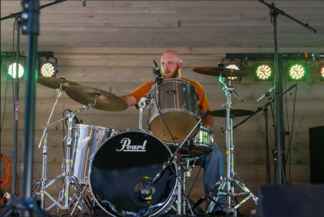 To read a review of our first CD, The Road Less Traveled, click here: Amazon.com 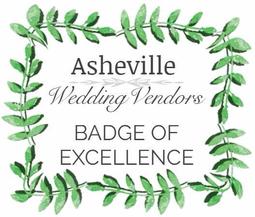 If you need to hone your air guitar skills, THIS is the album. I don't play air guitar a lot when listening to music (okay, more than I'd like to admit), but found myself doing it to every song on this album. Yes, the lyrics are good, and the vocals fit them, but it's the guitar that really stands out. "Yeah, those other instruments are okay, but check ME out!" I challenge you to listen to this album and not find yourself in air guitar mode. You just can't do it.

"There's a fault line running through me,
It's like I'm trapped inside of a dream..."